Communicate Securely and Reliably Between Dapps

With Kaleido's App2App messaging service you can communicate securely and reliably with end-to-end encrypted messaging from Dapp to Dapp.
Try It Free
Talk to an Expert 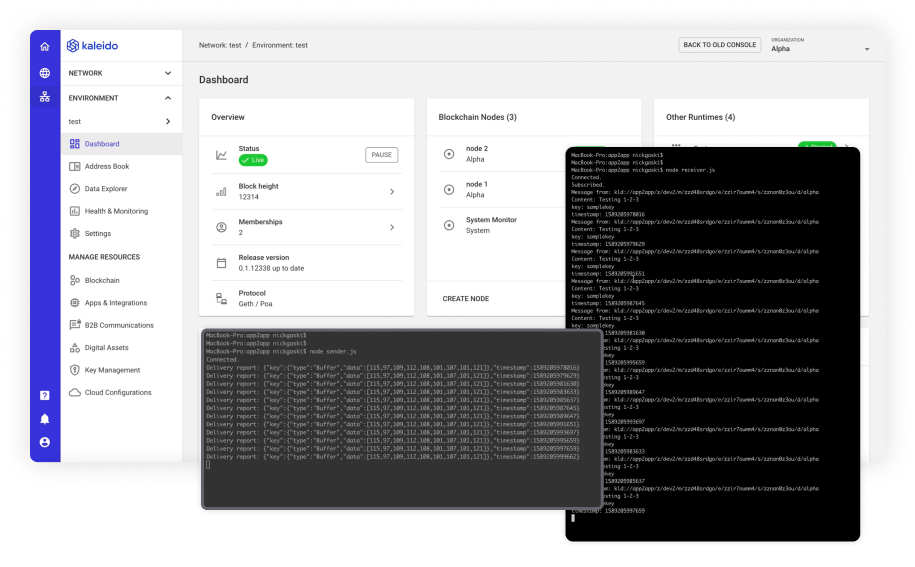 Kaleido’s platform is fully equipped with the communication functionality modern business networks need to streamline their operations, including our secure, built-in off-chain communication for high throughputs that are not suitable for on-chain messaging. Our App2App messaging uses Kafka, the industry standard, and is encrypted for the utmost protection. No extra middleware is needed.

Furthermore, it’s easy to develop your Dapp in the language of your choice using modern APIs for data transfer on top of the core Kafka protocol using the industry standard Socket.IO.

Your Choice of Key Management

Kaleido uses PKCS #7 (Public Key Cryptography) standards with strong encryption keys, which you can manage yourself or have Kaleido manage on your behalf. We pin the identity associated with the keys to both your organization ID (pinned by public key infrastructure - PKI) and your on-chain identity.

Remain Confident in Your Confidentiality

The end-to-end encryption ensures that only your recipient receives your intended message and your data remains secure.

Senders and recipients are addressed through customizable names called destinations. To create a destination, open the App2app service dashboard, click on "Add Destination" and follow the on-screen instructions. Once the destination has been created, the API endpoint will be shown. Connect your application to this endpoint using Socket IO.

The Kaleido messaging service offers a Kafka-backed bilateral app-to-app pipeline for the encryption, submission and decryption of messages between members of an environment. Apps can securely subscribe to pertinent topics for consumption and delivery of data, without reliance on ancillary messaging constructs and subsequent integration of offline data.

The service leverages the On-Chain Registry to establish and verify membership identities. Messages are automatically encrypted and signed, thereby ensuring that only the intended recipient can access the content while also providing proof of the sender’s identity.

You can elect for one of two approaches to provision App to App Messaging Service Instances: Kaleido Console UI or Admin API. For users unfamiliar with the Kaleido REST API, the console interface is the recommended happy path. Both approaches will ultimately result in a new instance of the App to App Messaging Service instance running within the specified environment. 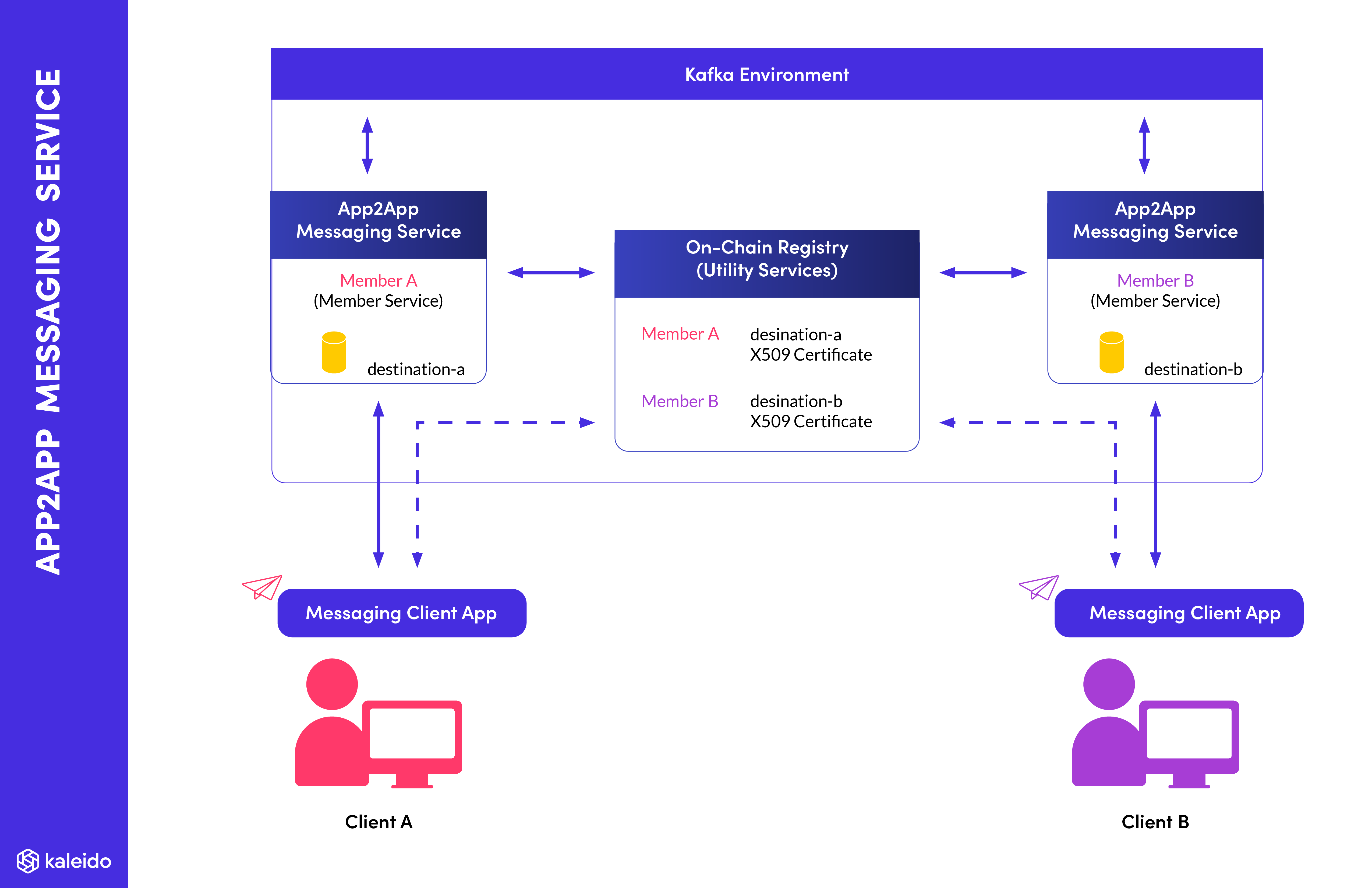 View a Diagram
Why Kaleido

Kaleido's platform is different because it has everything businesses need to create complete blockchain solutions. With just a few clicks, you can create a blockchain network, deploy it globally, set up governance, and include additional services.

400+ APIs and 40+ Services to Accelerate Development

No Lock-in and Open Source Technologies